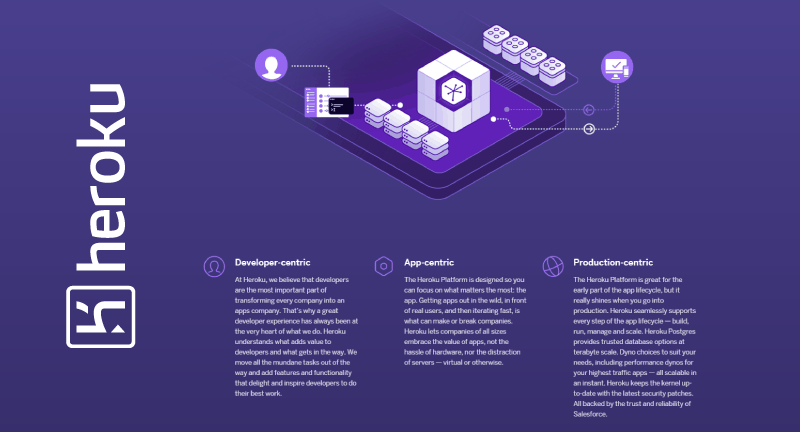 For all such use-case i always provided my inputs of having Heroku as Infra Provider where we don't need to do much configuration and management.

With Heroku, startup developers have access to a cloud-based platform-as-a-service (PaaS) to design, develop, deploy, and run applications. You don’t need to worry about servers, hardware, or infrastructure. With this fully managed platform you can concentrate on building an exceptional product. With seamless scalability and advanced features, Heroku supports your app success long term as your business grows.

However, it now supports Java, Node.js, Scala, Clojure, Python, PHP, and Go. Therefore, Heroku offers an inexpensive way to scale applications, regardless of their language.

Heroku supports diverse solutions. Developers can also deploy apps written in any other language using custom buildpacks from Heroku. It is, therefore, a polyglot development platform, and it allows developers to create, run, and scale applications across different programming languages in a similar way.

Developers often choose Heroku because of its polymorphism and scalability.

Due to Heroku’s ability to manage and run applications, it’s not necessary to handle operating systems or other internal configuration features.

Scaling applications on Heroku is instantaneous.

The app can be made to run in more dynos or on a different dyno depending on the type of dyno. Users can always expect faster performance when using an application that can scale quickly.

lets read another side of the story

This study shows that almost 50% of growing startups started their business on Heroku and then migrated to a Cloud provider - especially AWS (Amazon Web Services). Let us unpack the three big reasons:

The lack of transparency on Heroku infrastructur

When startups grow, they all seek better control and ownership of their infrastructure, whether the servers we use or cloud hosting for our apps. Deploying apps on Heroku doesn't give you ownership and control of the infrastructure; and Heroku owns it, and users get access to it. The need to have more control

The primary ingredient in scaling up is to have more control

Here Heroku offers limited control and hampers control, and limits scalability. For example, in networking, the applications can only listen on a single port, and startup constraints of mandatory booting up in less than a minute, doing development under these constraints and limits controls and scaling-up opportunities.

Get the Heroku-like experience with the flexibility you need— Qovery offers fully automated deployments to your AWS account. You get the same developer experience as Heroku (no DevOps knowledge required), but now you have full access to inspect and tweak anything without Heroku limiting you.

Deploy and scale effortlessly— Qovery utilizes a Kubernetes cluster behind the scenes (EKS). Qovery manages and scales services in your existing AWS account so you can focus on building products instead of managing its infrastructure.

We decide for migration is because of our services are not being consumed 24*7, with limited customers we just want serverless cost saving model and that becomes an important point for AWS Serverless Migration

i hope you enjoyed our migration journey